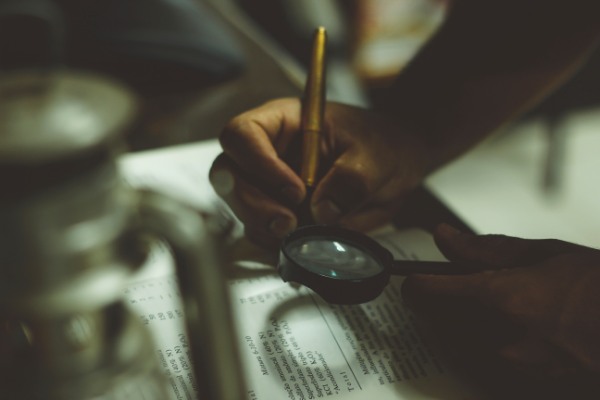 Imagine you’re facing a trial on criminal charges.  The prosecutor on your case will rely on law enforcement agencies to collect evidence and talk to witnesses.  Other state agencies to provide scientific analyses.   In contrast, you and your lawyer are on your own.  You must pay extra money to hire investigators and experts if they are needed.  Your lawyer will spend hours of his or her own time talking to witnesses.  The state puts a great deal of work into building the case against you and your liberty.  You would think they would have to share some of that information, right?  Don’t be so sure.

When facing trial in Virginia circuit courts, an accused is not entitled to see any of the police reports.  You are not even entitled to know the witnesses against you.  You may not see the witnesses’ statements.   There is no right under the Constitution to see those things, either.  Virginia’s limited discovery rules are some of the worst in the country.  They allow prosecutors to completely ambush those accused of crimes with the evidence against them.  Is it any wonder that there are so many innocent people are wrongfully convicted?   The state holds all the cards while the citizen is forced to guess how best to protect his liberty.

How did this happen?

The existing rule on discovery (Rule 3A:11) came into effect in 1972.  Before then, Virginia had no rule that gave defendants the opportunity to learn about their own investigations before trial.  In 2013, the Supreme Court of Virginia (SCV) created the Special Committee on Criminal Discovery Rules to investigate the issue and make recommendations.  The Committee returned its recommendations in 2015.  Recommended changes would allow defendants access to police reports and witness interviews, but allowed prosecutors “broad provision for withholding, redacting, or restricting disclosure . . . for good cause.”    In a two-sentence order, the SCV rejected the recommendations of its committee.  Bills failed in the General Assembly in 2017 and 2018.  Negotiators proposed a compromise to SCV, who accepted the amendments.

As of July of this  year, criminal defendants were supposed to get a fair shot at justice.  They would have the right to view police reports and would receive notice of the anticipated witnesses.  The new rules didn’t go as far as many other states in preventing blindsiding at trial, but they were a huge step forward for Virginia.  Still, the story does not have a happy ending.  In January, the SCV delayed the effective date of the amendments until July 2020.  With this ruling, another year goes by while Virginia defendants have no right to access police reports, witness statements, and other information relevant in their case.

The reason given for the delay was the growing use of police body cameras.  Delegate Chris Jones told press that the delay was necessary while prosecutors figured out how to review and redact all the new footage being created by the body cameras.  To accept this justification, one must assume that there would be conduct on these videos that needed redacting.  Such an assumption is unacceptable.  It is unfair to our law enforcement agencies.  It is darkly ironic that a measure adopted to increase state transparency is now being cited to justify withholding information from criminal defendants.

One may ask why the community should be concerned with the rights of criminal defendants.  Is that not the responsibility of the lawyers involved?  The elected Commonwealth’s Attorneys in some jurisdictions have already accepted some of this responsibility by providing “open-file” discovery.  In its broadest form, this allows the defense to review the contents of the prosecution’s file in its entirety.  Most of our jurisdictions in the New River Valley have adopted some form of a limited open-file policy, allowing the defense attorneys to review police reports or recordings.  Still, this is not uniform across the Commonwealth, and justice in America should not depend on where one is charged with a crime.

I believe that due process cannot be achieved without meaningful discovery.  To that end, this is a matter of constitutional importance that impacts all citizens, innocent and guilty alike.  We cannot allow apathy to diminish such a fundamental safeguard against state power.  Nor can we ignore its power to prevent wrongful conviction.  Opponents of discovery have shown no patterns or systems of abuse of open-file discovery policies in some jurisdictions in our Commonwealth.  In contrast, the body of empirical evidence against closed-file discovery, in the form of overturned convictions, continues to grow.  Finally, from a practical standpoint, expanded discovery preserves state resources.  Overturned convictions can lead to huge costs to the state.  Commonwealth’s Attorneys’ offices that embrace open-file discovery often require the defense to review and copy the materials themselves.  By doing so, these offices cut staffing and resource costs.

What can be done?

The SCV issued the order for delay on the recommendation of the legislators.  Contact your representatives.  Tell them that you do not accept that trial by ambush is the only means to justice.  Our best hope for progress on this issue is to show the General Assembly how important this issue is, not just to the legal community, but to the public at large.  Finally, make sure to hire an attorney who understands how important it is to be prepared ahead of time for trial and will not just accept the current system that keeps the accused in the dark and powerless.