What You Need to Know about Virginia Child Custody Law 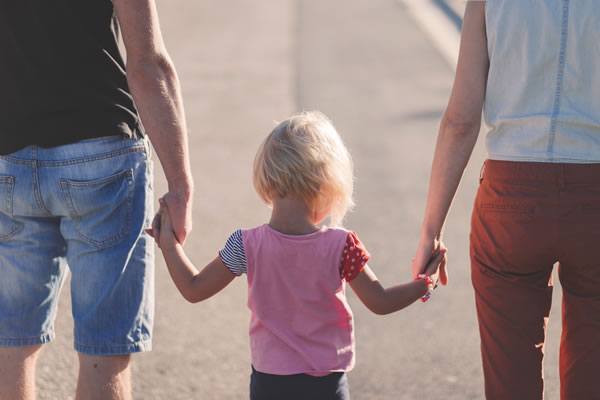 One of the hardest parts of ending a relationship is resolving questions about how each parent will maintain their bonds with the children. In an ideal situation, the adults can come to a respectful agreement without relying on the legal system. However, a parent should not give up the opportunity to raise their children simply to avoid court. Nor should a parent assume that their case will be undermined on the basis of a single factor against them. Understanding the basics of child custody and visitation laws in Virginia can help you maintain a meaningful relationship with your children.

Virginia Child Custody Laws are Not Fair to Parents

Let’s start with the bad news: child custody laws in Virginia are not fair. Painful though it may be, successful custody or visitation cases start with acceptance of this truth. The law on child custody and visitation includes no requirement that judges fairly or equally split custody of children. The good news is that most parents already value what Virginia law prioritizes over fairness to the parents: the best interests of the child.

The Best Interests of the Child

Virginian judges resolve all custody and visitation issues in favor of what serves the best interests of the children. They are guided in their decision by a list of factors set forth in §20-124.3 of the Code of Virginia. By focusing on the child rather than the parents, Virginia’s custody laws create a level playing field for each party. The secondary benefit of the Best Interest Standard (other than promoting the well-being of children) is that it dispenses with any outdated or unjust presumption that may have otherwise undermined a parent’s claim to custody or visitation with their children.

No presumption in favor of the mother (or the father)

Sexist presumptions about a particular gender’s strengths (or weaknesses) in childrearing have no bearing on Virginia law. Thus, it is important not to abandon your claim to a relationship with your children based on an expectation that a judge will always rule in favor of the mother. Nor should mothers give away their time with children based on any other sexist notions about a father’s role in the household. The only thing that should motivate your decision about custody and visitation is what is actually in the best interests of your children.

No presumption in favor of Virginia

In cases in which one parent plans to leave the state, do not assume that Virginia courts will side with the parent who remains in the Commonwealth. Courts faced with this situation have several options: they can allow the children to be moved out of state, they can prohibit the children from being moved out of state, or they can modify the custody arrangement between the parties. It’s important to note that Virginia has rejected a “unity of interests” standard, which means that there is no presumption that what’s good for the parent is what’s good for the child. A Virginian parent should not allow themselves to be bullied into letting their child move out of state simply because another parent wants to leave. On the flip side of that coin, a parent with solid options for providing their child with a stable, happy life outside of Virginia should not fear presenting their case to Virginia courts.

A Note About Money

Parents who stayed home with the children while their spouse worked sometimes worry about what impact that choice will have on their custody case if it has had a negative impact on their earning potential. It’s true that having money can make it easier to provide a child with things that factor into the best interests determination. Remember, however, that you also have the option of asking the court to order child support and/or spousal support, both of which are intended to allow the recipient to maintain their standard of living. A loving and otherwise capable parent should never give up a relationship with their child due to finances.

Raising children with an ex-partner once the relationship has ended can be one of the greatest challenges a parent faces. The decision to seek intervention by the courts is a personal one and is necessarily dependent on the unique circumstances of your case. Arrange a consultation with an attorney to ensure that your choice is based on facts rather than fear.