The Power of the Virginia Firearm Sanctuary City 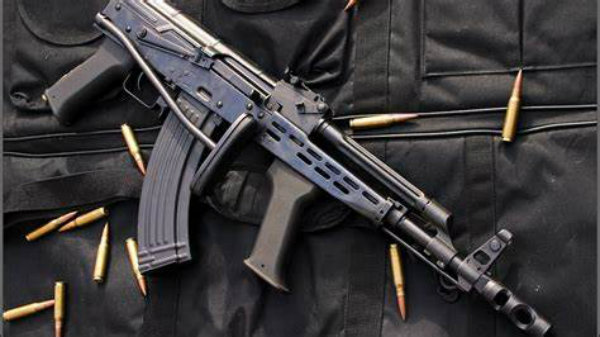 It is nearly impossible to find a Virginia news station, paper, or Facebook feed that isn’t inundated with concerns about gun control.  Phrases like gun confiscation, “Sanctuary Cities,” and civil war are showing up even in mild reports.  “Sanctuary City” is a term that has been thrown around since November 2019 in response to pending state legislation.  This month, we’ll discuss what it means.

Does a “Sanctuary City” have any legal authority or offer legal protection?  To answer this question, we need to examine the two proposed Senate Bills that seem to rancor most.  Those bills are Senate Bill 16 and Senate Bill 64, although it should be noted that several other bills that relate to firearms have also been proposed.  SB16 seeks to expand what qualifies as an “assault weapon” and also limits magazine capacity to ten rounds. This bill would make any semi-automatic rifle with a fixed capacity of more than ten rounds illegal.  Possession of any center fire rifle would be a felony if that rifle has the ability to accept a detachable magazine which is used for a lengthy list of modifications (see the text for the full list).   In essence, under SB16, all currently legal AR-15s would be illegal to own.

Rifles aren’t the only firearms affected by the SB16 definitions.  The bill also looks to ban any semiautomatic pistol capable of accepting a ten round magazine (or greater). The las imposes a weight limit on semi-automatic pistols of less than fifty ounces and bans threaded barrels (to attach suppressors).  Shotguns would also have a seven round maximum magazine.

The second bill that has drawn attention is SB64.  This legislation amends Virginia’s law against “felonious paramilitary activity.”  SB64 amends the existing statute (§18.2-433.2) to expand the definition of felonious paramilitary activity drilling, parading, or marching with firearms or other weapons with an intent of “intimidating any person or group of persons.”  It should be noted that the other forms of criminal activity outlawed in this section, such as instructing for the purpose of furthering civil disorder, have been on the books since 1987.

Does the Government have the ability to restrict access to firearms, ban, or even confiscate?  The United States Supreme Court has ruled on this issue in the watershed 2008 case District of Columbia v. Heller. In Heller, the Supreme Court considered a challenge to the District of Columbia’s gun laws and restrictions.  The Court established that law-abiding, responsible citizens have the right, under the Second Amendment to the Constitution, to use arms in defense of hearth and home.  The Court further went on to hold that the Second Amendment confers a right of self-defense using weapons that are commonly used and typically possessed by law-abiding citizens for lawful purposes.

However, the Court also held that the Government does, in fact, have the power to limit access, require registration and ban certain firearms.   On page 53 of the decision, Justice Scalia noted that precedent already established that “the Second Amendment does not “protect those weapons not typically possessed by law-abiding citizens for lawful purposes.”  Writing for the majority, he went on to state on page 54 that their holding in Heller should not “cast doubt on longstanding prohibitions on the possession of firearms by felons and the mentally ill, or laws forbidding the carrying of firearms in sensitive places such as schools and government buildings, or laws imposing conditions and qualifications on the commercial sale of arms.”

What does this have to do with “Sanctuary Cities?

Sanctuary Cities are nothing more than symbolic; the local government does not possess the ability to ignore State or Federal law. The Sanctuary Cities send a political message of disagreement with proposed restrictions on firearms but have absolutely no ability to extend protection from enforcement to citizens living within their borders.

If you are concerned with how changes in local and state law may affect your Second Amendment rights, contact us to for advice specific to your situation.